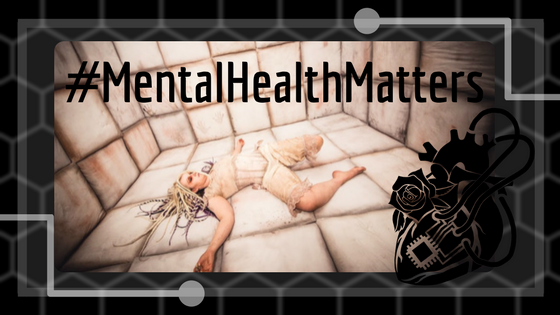 My 2nd cousin died from an overdose a couple days ago. It's affected me in a very profound way even though I barely knew him. In fact, the last time I saw him was at his brother's memorial service 11 years ago. His brother incidentally died from an alcohol related accident. I'm extremely sad for their parents who have now lost two of their children, but I'm also angry. I'm angry because of the way we as a society stigmatize and treat people who abuse substances. We shame them. We blame them. We tell them things like "you're strong" and "you got this" and it's not helpful. If they were strong and could cope with their issues, they wouldn't be self-medicating.
Substance abuse and self-medication are a symptom of unchecked mental issues, and mental health is not just an issue for those who suffer from it's various conditions. It affects everyone. In a way, poor mental health is contagious. Being close to someone who suffers from poor mental health will eventually take it's toll on everyone around them. In my life right now the 5 people closest to me(including myself) are suffering from mental health issues. I know there's at least one person in your life that's dealing with something too. It may even be you.

"Mental health is a personal, relationship, family and community issue"

I have battled depression since childhood. The war against depression is not over, but I'm still here, so it means that I've won every battle so far. At least that's the way I like to look at it. So, if you're reading this and you suffer from a mental health condition it means that you're a warrior. I can tell you from personal experience that it's a lot more effective to fight a mental health battle with an army. If you or someone you know is suffering from a mental health condition I strongly suggest seeking professional help. It may be one professional like a counselor or a team that includes a doctor, psychologist, psychiatrist and/or social worker too. These professionals are experts in the field of 'broken people.' If your car is broken, you take it to a mechanic, right? You probably wouldn't just let it sit there and complain about it on Facebook. Well, maybe you would, but it wouldn't fix the car. The point is, seeking professional help is the first step to getting healthy.
I can also tell you from personal experience that multiple weapons for combating mental illness have more success in the long term than a singular approach. Medication may be helpful to balance brain chemistry, but so is regular exercise and proper nutrition. Relaxation techniques like yoga, deep breathing and meditation combat the physical effects of stress that aggravate mental illness. Having an emotional outlet is really important too. This could be talking to someone you trust or writing your thoughts feelings down. It's important to get them out. Personally, I see a counselor and I channel my demons into music and art. What I've learned over the years that I've had to fight my depression is the more weapons in my arsenal, the more successful I am.

Is there anything more complicated than family relationships? Not in my experience. There's the hereditary component. Conditions like bi-polar disorder and schizophrenia are genetic. There's also the fact that these people influenced you in your formative years. They're largely responsible for the state of your mental health. That being said, they are not responsible for your behavior. That's on you.
If a child grows up in an environment with caregivers who suffer from mental health issues, that child will grow into an adult with mental health issues. I love my parents and in general they were good people who had my best interests at heart, but they had their own set of mental health problems. I grew up in the 80's and 90's. Back then having "mental health issues" meant that you were institutionalized. There wasn't the level of awareness that there is now.
Familial roles were also more rigid back then. Men were supposed to be strong, women were supposed to be supportive and children were supposed to remain quiet. This meant that men couldn't ask for help because they would be considered weak. Women were expected to put up with all kinds of bullshit at the expense of their sanity and self preservation. Because the parents remained silent, kids grew up with the idea that their parents wouldn't understand what they were going through. Everyone suffered in silence.
Times have changed thankfully. Many of us kids who were afraid to talk to our parents now have a much more open line of communication with our kids. It's important for a kid to have a "safe adult" to talk to. If a child opens up to you about something they did or how they feel, the best thing you can do is listen without judgement.

There needs to be more resources within communities to support people struggling with their mental health. Mental health education from early childhood should be mandatory in school curriculum. We need to elect governments on every level that recognize this. If you're able to do so, make charitable a donation to a reputable non-profit society that offers mental health support and services. Finally, as individuals with in a community we need to stop judging each other. Every single one of us is going to be affected by mental health issues in our life time. Self-medication isn't just drug and alcohol use. Medication, can be food, sex, entertainment, spirituality, exercise, work etc. None of these "medications" are unhealthy on their own. In moderation they contribute to mental wellness. The thing to remember is the difference between medicine and poison is in the dose.
I know this post wasn't directly about my art, but as an artist my subject matter is inspired by mental health issues. I believe strongly that it's important to have a conversation with my audience about these struggles that we all face, so we don't have to face them alone.