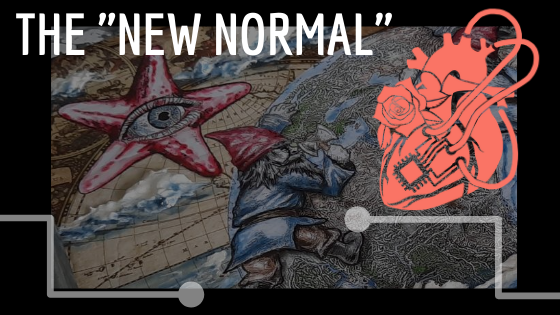 I should really call it the "new abnormal" considering there's really nothing about me that has ever been "normal." What does normal even mean anyway? For me normal has always been the status quo, and I can't say I've ever conformed to the status quo. However, when I say normal, I mean my own personal normal which has been ever evolving over the past few years. Such is the life of an artist though. Nothing ever stays the same for very long, which is refreshing to be honest and keeps one from getting into a rut.

For the past few weeks I've had to make quite a bit of an adjustment and learn to get myself into somewhat of a routine as I'm now working 10 hour days out of a production office on a new TV series until at least the new year. This means that I've had to work all of my other creative projects around my new schedule, and there's been less time to spend on the ever important self care.

Over the pandemic my other art brand Nautical Nonsense has gained some unexpected traction. I honestly didn't expect it to mushroom into what it's become. It literally just started out with me making old tymey inspired nautical art pieces as "filler art" to decorate the sets of A Bionic Holiday Ballad. I just started posting them to my social media and I kept on getting messages from people interested in buying them, so I've had to keep making more. I even started taking on custom commissions.

One of the people who recently had a custom piece done was a fellow musician Hannu Kulju of the neoindustrial folk metal project TONTTU. TONTTU is a real enigma of a project. On the surface it seems nonsensical but if you analyze it a bit deeper it has a very strong anti fascist message. For those of you who don't know,"tonttu" is the Finnish word for gnome. Within the lyrical context of TONNTU the gnomes are fascists. I highly suggest you go check out the project for yourself for a couple reasons. First, it's super unique and rad, and secondly because I'm working on a collaboration with TONTTU that is based off the artwork I created. 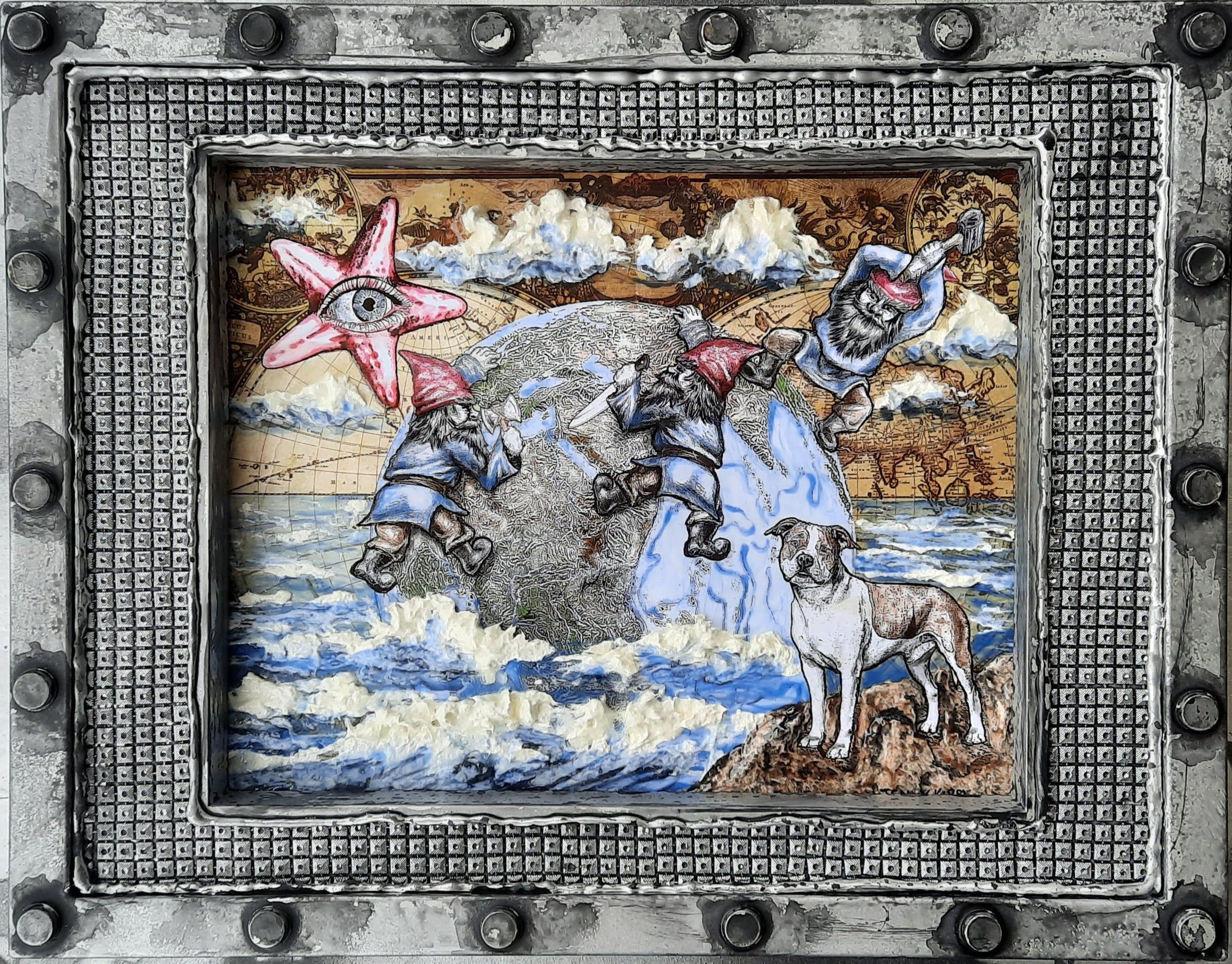 Hannu has written some lyrics and I'm doing the music for a single. We might even do some video...who knows? This isn't the first time I've done a Finnish language song. As you may recall I recorded a single last year after my Mummo died. I wanna give you a little preview of what we've done so far. I have yet to write any music, but I'm definitely heading in a very ominous direction with it. The song is about global warming. Environmental issues are near and dear to both mine and Hannu's heart. The lyrics for the song are in Finnish but we've included a line by line translation.

Kannattiko nyt – planeetalle alkaa,
Was it worth it – to try to take it on the planet,
eipä kukaan ikinä muista - omassa silmässä malkaa.
seems like no one ever remembers – the beam in one’s own eye.
Ohjat annoimme tontuille – silmät laitoimme kiinni,
We let gnomes take control – closed our eyes,
Ei tää homma vanhentunut – kuin laadukas viini.
This thing did not age well – nothing like quality wine indeed.

Just in case you missed it from before or just haven't listened to it in a while, here's my first Finnish language song Suojelusenkeli - Guardian Angel available as a FREE DOWNLOAD.