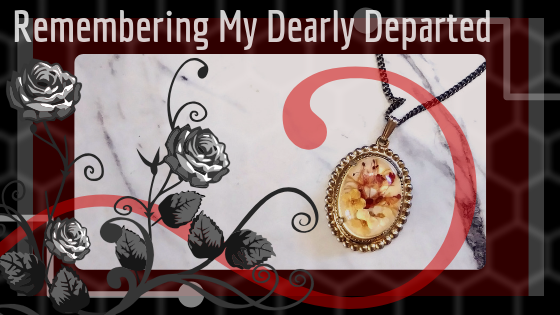 I'm definitely experiencing grief right now. My Mummo, Meimi Lahti died April 3, 2019. She was 91 and had lived a good long life. While I am very sad that I'll never see her in this physical life again her death is by no means a tragedy. Still, I'm profoundly sad and it will take some time to process the grief and adjust to life without her.

I have to say that I'm definitely dealing with her death in a much healthier way than when my dad died. I've been going through a recovery process and part of that for me is acknowledging my emotions rather than burying them. When my dad died, I didn't even cry despite the fact that we were incredibly close. I didn't want to process his death. It was too much for me to handle at the time. It's taken years to let him go, but last year I finally was able to.

If you read my previous post, you'll have heard the song I recorded in Finnish to honor my Mummo's memory. I wanted to do something meaningful and organically inspired for my triumphant return to working on Borg Queen stuff again. As you may know I was on a bit of a hiatus for mental health reasons. What you may not know is that while recording a new song I also put together a documentary of my Mummo's life. I premiered it this past Saturday at her memorial and it was a big hit.

The reason for creating is was multipurpose just like pretty much everything else I created. Firstly, I wanted to use my talents and skills to honor my Mummo's memory. Second of all, I did it for the rest of my family, especially my mom and brother. They helped me make it by narrating their experiences with my Mummo. Finally, I wanted to make something that people could genuinely enjoy watching at the memorial service. Ever been to a memorial and had to sit through a 20 minute slide show of every photo ever taken of the deceased? I know I have, and to be honest after the first 4 minutes it's boring as fuck. I didn't want to subject the guests to another boring slide show so I decided to make a documentary. At the very end I included my eulogy for my Mummo and my new song as part of the sound track. Here it is.