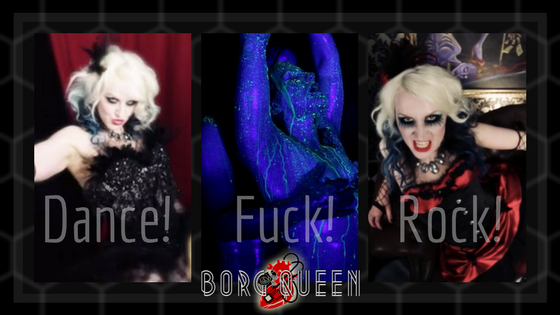 What is good music? It depends on who you ask and their answer will be based upon an entirely subjective opinion. Admittedly there are musicians who possess technical excellence when it comes to their instruments, but it doesn't necessarily mean that their music sounds subjectively "good." Today's blog post is about my criteria for determining whether a song is enjoyable in my opinion.
First let's talk about the difference between good and enjoyable music. So, what's the difference between good music and enjoyable music? I'll give you an example from my life. I get a lot of flack when I have a conversation about music and admit that I am not a fan of Tool. This shocks people because there would appear to be a positive correlation between people who like Nine Inch Nails and Tool. So many people have made the incorrect assumption that since I enjoy Nine Inch Nails then I must also be a Tool fan. Now just because I don't enjoy their music doesn't mean that I think it's bad. On a technical level it's incredibly well constructed and the musicians are very accomplished at their craft. I can appreciate their music on that level. The difference for me is that Nine Inch Nails has the DFR(dance fuck rock) factor and Tool doesn't.
For me to enjoy a song, it has to grab me and make me want to dance, fuck or rock out. If a song makes me want to do all 3 then it's a 'perfect song' subjectively speaking.

By dance, I don't necessarily mean the type of dancing that's done on a dance floor of a night club. I've been dancing since I was 4 years old. It's a form of emotional and physical catharsis for me. For a song to make me dance I have to "feel" the movement within the rhythms and melodies. It has to evoke a feeling for me to want to express through physical movement.

A song doesn't have to be about sex to be sexy. Kick drums that sound like heartbeats, snares that sound like whips, whispered lyrics contrasted by melodic screams, penetrating synth and guitar lines. That's the kind of sonic debauchery that makes me eargasm. Songs that people find sexy are as diverse as our fetishes. Songs that make me want to fuck need to have a good groove and are generally between 95-115 bpm. I know it's super cliche, but Closer by Nine Inch Nails still hits all of those notes for me(pun intended).


Well, this one is pretty self explanatory. Does the song make me want to jump into a mosh pit, jump up and down and smash my sweaty body into other sweaty bodies? If the answer is yes, then it's a winner in my books. People might say that rock is dead, but my desire to rock out hard will never die.

That's my criteria for determining whether I like a song or not. It's not right or wrong, it just is. So, what makes you enjoy a song?

UPDATE: On May 1st, 2018 I release a throbbing gritty EP consisting of 5 solid tracks of DFR. This is the title track from the EP which is available in digital and physical format thorough my website.