Am I crazy for taking on a film project where I wear a ridiculous number of hats including writer, production designer, composer and talent? Possibly, but I don't care because I'm feeling inspired. Earlier this year I wrote the screenplay and over the past few weeks I've taken the first few steps for designing the production. One of the first steps in designing the production is visual research and creating inspiration boards. I'm slowly piecing together the aesthetic that I want, or more accurately can afford.

If I had a massive budget I'd have more options, but thankfully I've had some experience making impressive looking productions on a ludicrously low budget. To give you an idea, my music video Hedonist was made with a little less than $4000 and We're All Whores cost less than $2000. I saved a lot of money by designing and making the sets, props and costumes myself, but it took me a really long time to complete.

I anticipate A Bionic Holiday Ballad to be at least a 3 year long project, but this is going to be a very entertaining process for my audience because I'll be posting regular updates along the way. I've started a subscription site similar to Patreon or Only Fans that will give fans exclusive access to my content as I produce it. In addition to this blog I'll have a secret blog that I'm updating weekly with exclusive behind the scenes content including, the screenplay, music, illustrations, photos, videos and physical items. The premium subcription tier will even allow fans to get involved in making creative decisions. Click this link to go to the subscription area. I'm still going to be updating this blog too, but I'm saving more content as a reward for those fans who are really invested in my process and want to contribute both creatively and financially.

This past week I worked on inspiration boards for costumes, bionics and a few of the sets. Here's a costume board and a couple bionics boards. For the costumes it needs to relect the dystopian world in which the story takes place. I'm going for a "post apocalyptic victorian" look. I really want to use fashion to emphasize the disparity between different socio-economic classes. The upper and class will have a more refined victorian inspired look and the working class and poor will be dressed in more of a hybrid post apocalytic-victorian style made from salvaged items and lots of layers. In this world there isn't a middle class. I envision this world to be the direction in which we are headed if we don't start making some serious changes and prioritize healthcare, education and environmental protection. 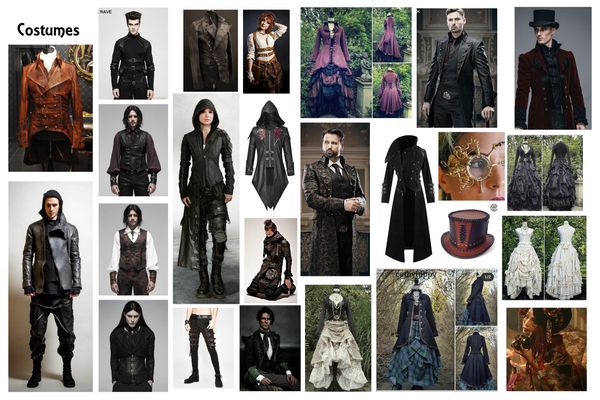 As you can see with the bionics there are several different styles. This is because I haven't quite made a decision on the visual direction I want to go yet, but I might even use the different styles of bionics to indicate the class structure disparity as well. 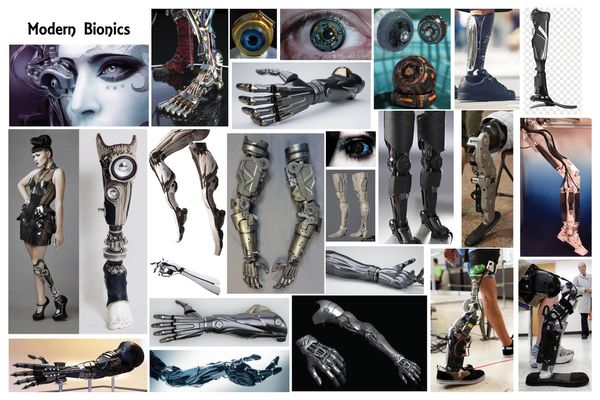 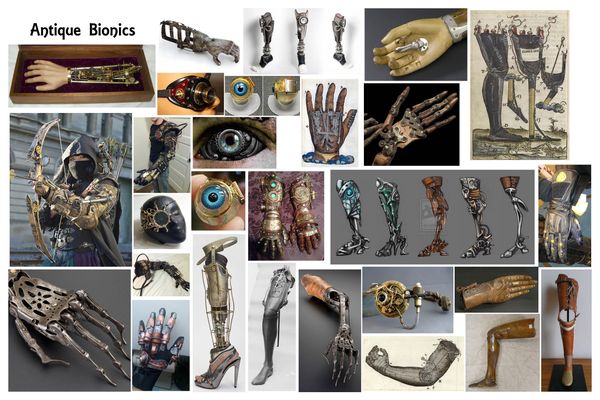 I also designed several versions of the logo which have yet to be decided. These are the final 3 I've narrowed it down to.

I'm going to be consulting all the people in my  "Creative Partner" subcription tier on which logo they like best and also get a little bit of input on the visual direction to go with the bionics. This process will be done in one on one production meetings via video link similar to the way we do it at my film job. If joining me in the creative decision making process interests you or if you want the opportunity to get your hands on some of my drawings I highly suggest signing up for on of the subcriptions. The tiers are $2, $5 and $10 per month. For more details visit my SUBSCRIPTIONS page.